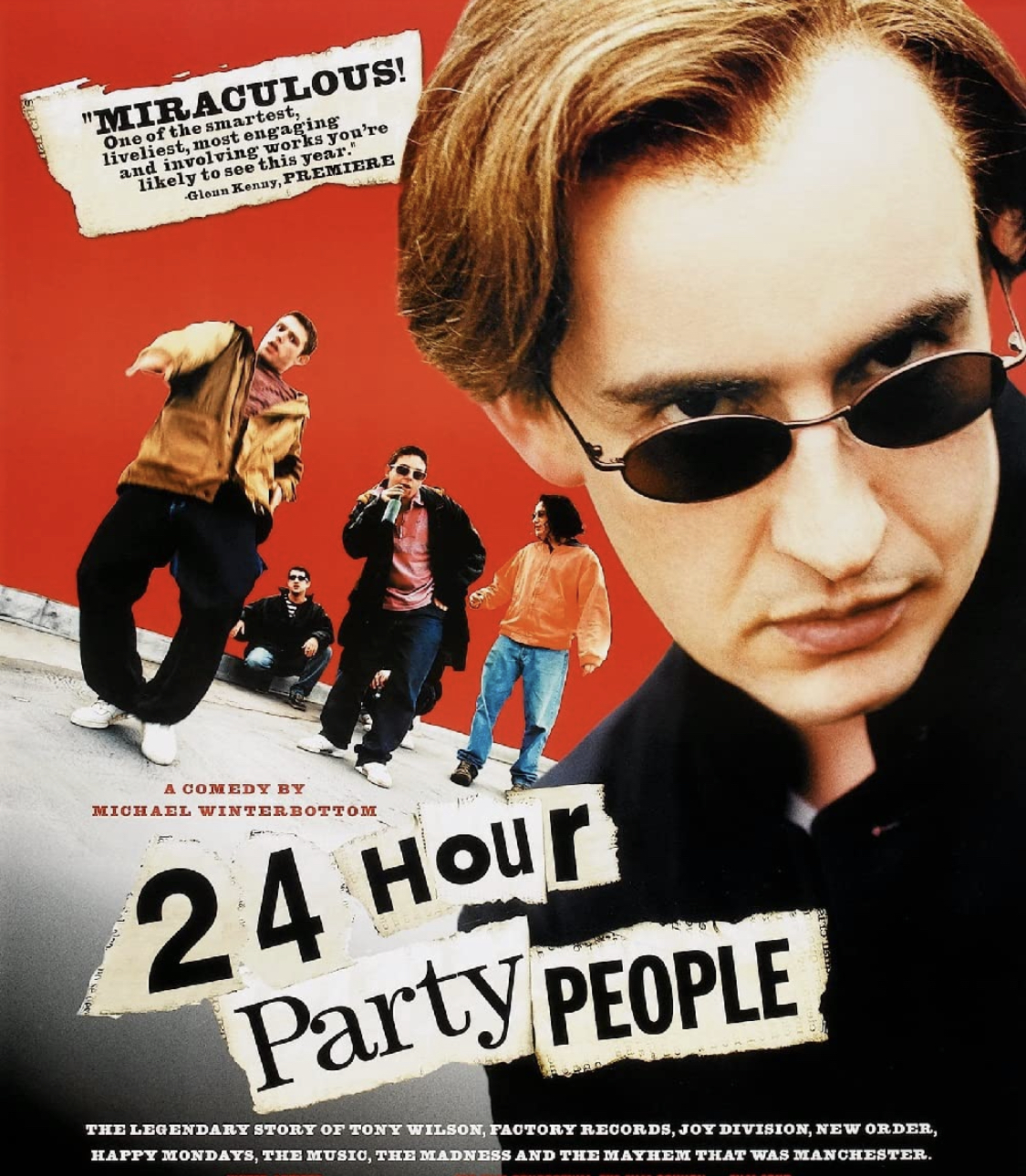 Saturday has come again, another week is in the books, here we are, as we are, so it goes…..

That lead is a bit of a steal from this week’s movie selection, 24 Hour Party People.  It’s the opening the legendary Tony Wilson used at the beginning of his show “So it Goes” and I can’t think of a better 3-word phrase that might better sum up this intriguing film. 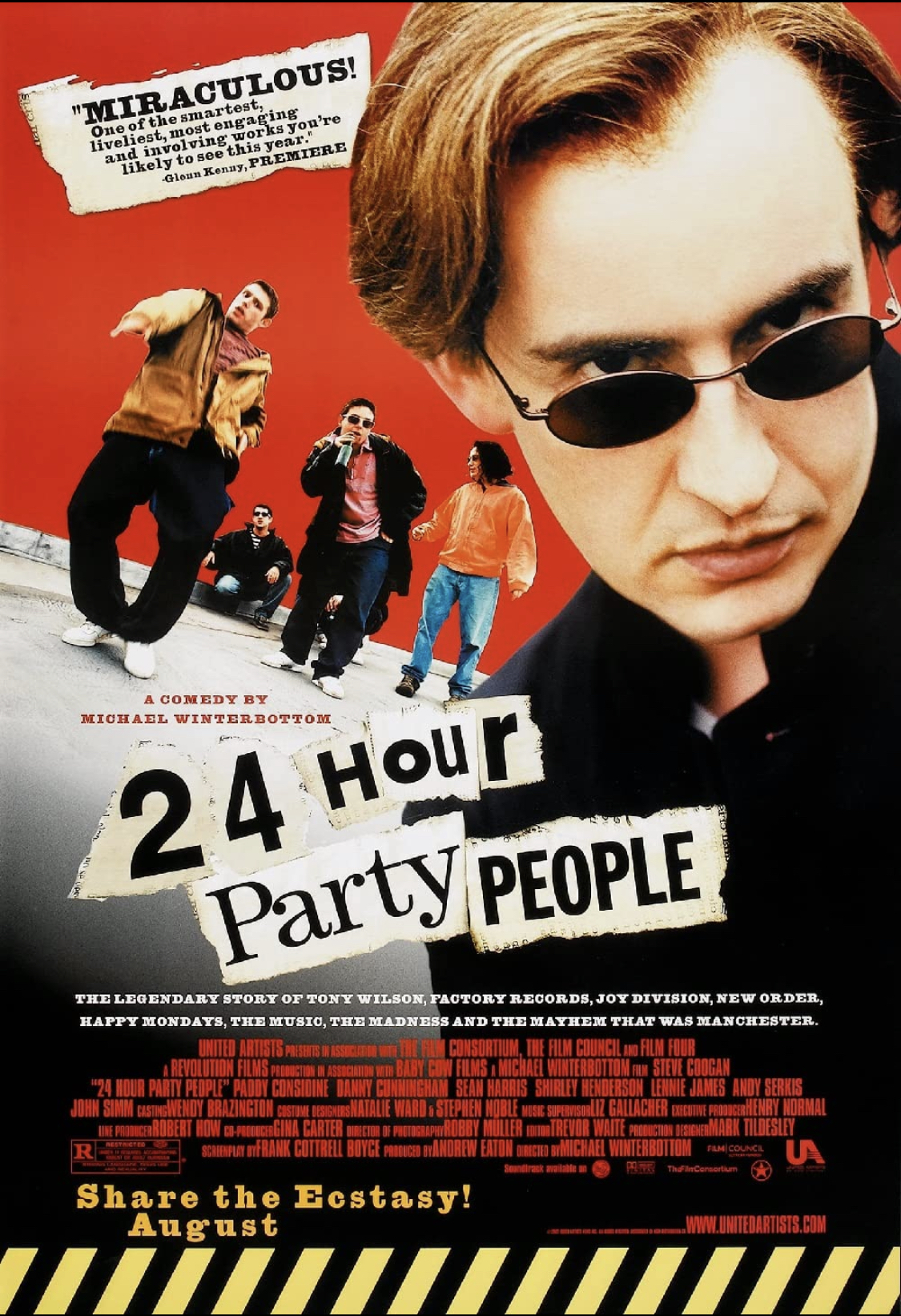 The aforementioned Mr. Wilson is the fulcrum of the movie, and he takes us on a narrated tour of his storied career as a reporter of Grenada Television, and owner of both the legendary Factory Records, and the Hacieta nightclub.  It’s a journey through some of the most important moments of underground music set to the overcast and slightly gloomy backdrop of lovely Manchester U.k. from the late 1970s to the early 1990s. What’s more, Toney Wilson is played by none other than the talented Steve Coogan, and I must say, as a Coogan fan, this is arguably his best work!

What makes this one so intriguing is how the plot is centered around a man who has had such a lasting and important role in shining a light on underground music, and providing an outlet for the otherwise obscure. The movie poignantly weaves from each phase of Toney Wilson’s unique career and how it intersects with the music scene of Manchester at the time, as well as all of the fantastic bands he’s has a relationship with along the way.

Down goes that fourth wall again as you’ll find yourself receiving a running commentary from Mr. Wilson, who, not only gives the viewer an education on the legendary bands and underground music culture of Manchester, but also provides real time fact checks throughout the film when the plot drifts from what was real, into what was legend. In Tony Wilson’s words he was "being postmodern before it's fashionable".

The recreations of the various live performances are also very well done, as the film rotates from the cast reacting to real life clips of past shows to actor preformed ones.  This is especially true of the Joy Division performances where Sean Harris’ take on Ian Curtiss’ bizarre on-stage dancing antics and subsequent impromptu seizures, jarringly mirrored the real McCoy.

As the film wears on you get the clear sense that everything this man has done is fueled by an intense passion for the art and the artist.  Financial set back proceeds financial set back which doesn’t seem to affect Toney’s perseverance, and he doubles down continually seeing himself as the conduit of new music and underground culture, a minor character in his own story.  He’s one of a select group of unique individuals whose uncompromising integrity never gave way, a punk rocker in a suit if there ever was one. In the end, it’s a fascinating life you have flashed before your eyes, which unapologetically leaves you with the sentiment of ”So it Goes” almost like this is art that must happen and no one can lay claim or take responsibility for any of it, you can only truly bare witness.

The soundtrack is simply one of the best I’ve ever heard and jam packed with legendary tunes from the likes of Joy Division, New Order and Happy Monday’s. Check out the rest below!

So, if you’ve ever wanted to know a good chunk more on the genesis of British punk and the history of the Manchester underground music scene, or if you just love a damn good Steve Coogan Movie, be sure to check this one out!

In the meantime, Ben’s been rocking out to Nocturnal Graves album, An Outlaw’s Stand, as well as Speedealer’s record, Here Comes Death

John’s been listening to Kreepers of Atlantis’ record, 2 from 2021. This one is a solo project from a friend of his Ramon, formerly of Houston’s psych greats Linus Pauling Quartet.  He’s also been enjoying Lucifer’s latest effort, IV.

I’ve been starting my day to one of my favorite punk records of the 80s, The Minutemen’s 1984 release, Double Nickels on the Dime.

Be sure to check those out! 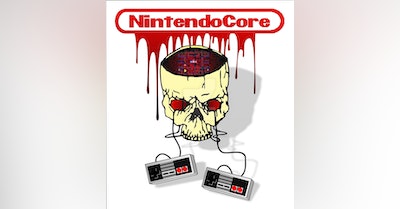 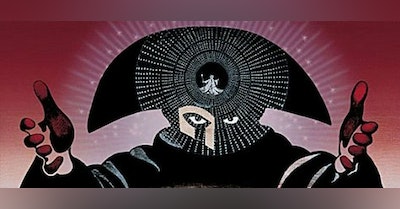